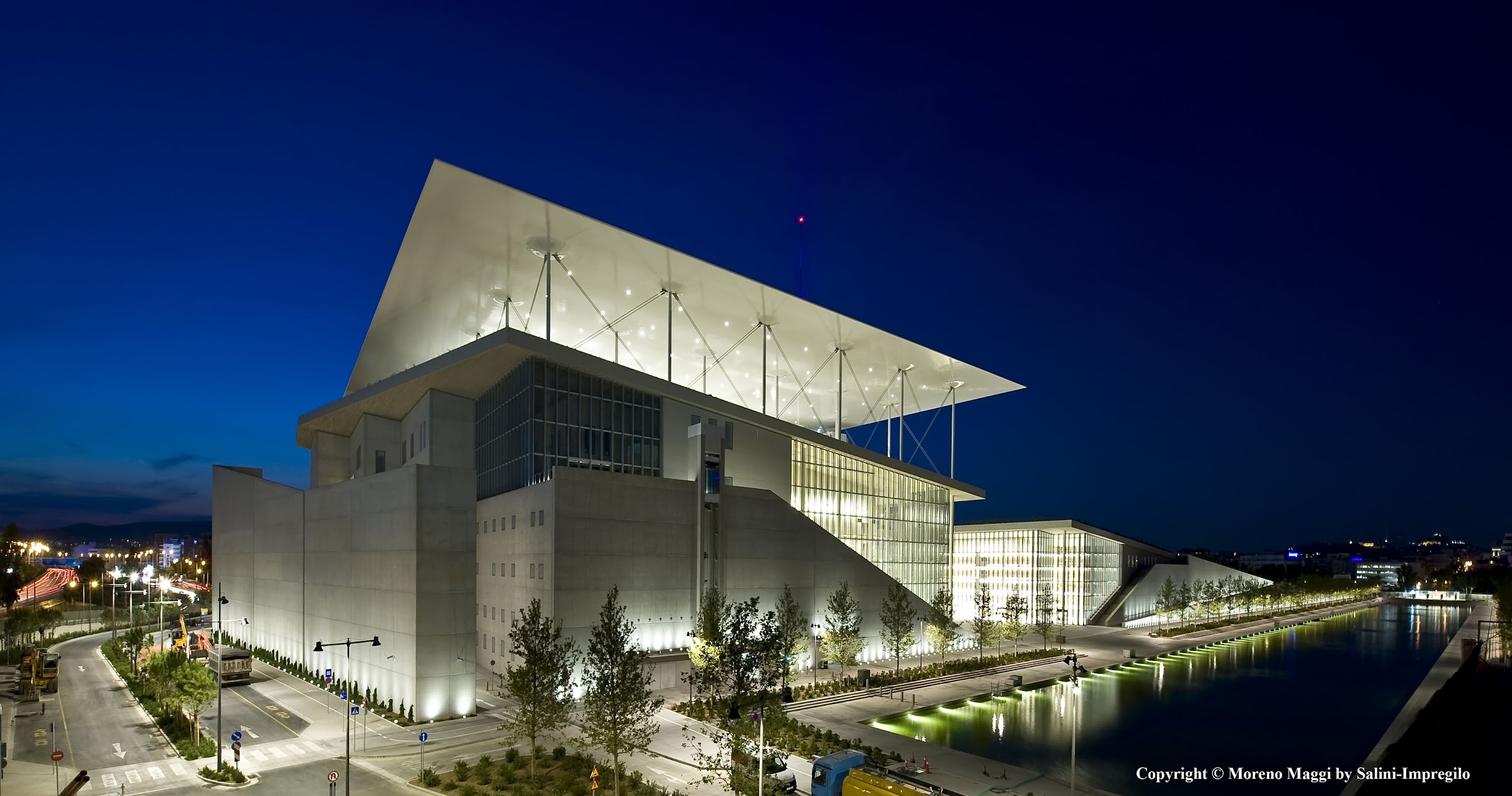 A masterpiece of architecture and engineering, an ode to culture and art, a place open to the city and for the city, a symbol of rebirth. The new Stavros Niarchos Cultural Centre is all these things. The Cavatorta Group had the opportunity of participating in this unique project by contributing to the construction of the revolutionary Solar Canopy. Here, we tell you about the project’s challenges, figures, goals and main actors and Cavatorta’s contribution to its development.

THE PATRON AND INSTITUTIONS HOSTED

A majestic new cultural centre in the heart of Athens, just a few kilometres from the Acropolis and near the sea. Located in one of the oldest ports of the city and the Kallithea district, an area occupied in the past by the city’s racecourse and a car park in more recent times.

The patron is a highly prestigious one, the philanthropic foundation dedicated to Stavros Niarchos, one of the richest men in the world who died in 1996. The aim of the Stavros Niarchos Foundation is to support and promote art, culture and education. The new Cultural Centre is meant to be a gift to Athens and all of Greece. It is a space which celebrates beauty rather than money or power. A space for discovery, discussion and contemplation. A space in which culture and knowledge are protected and promoted, first and foremost by the institutions it hosts:

The Centre project is revolutionary and represents an architectural and engineering feat designed by Renzo Piano and built by the Italian company Salini Impregilo.

The project figures bespeak its grandeur. We list some of the most significant below:

Among the many fascinating aspects of this project, is its deep connection to Athens with all its history and beauty. This connection was evident in the numerous choices made during the project:

The end result is truly amazing and worth all the effort undertaken. After years of work, the Centre was inaugurated during four packed days of artistic performances, guided tours and events held from 23 to 26 June 2016 and offered free to a large numberof visitors.

THE SOLAR CANOPY: THE MASTERPIECE AND SYMBOL OF THE NEW STAVROS NIARCHOS CENTRE

Renzo Piano’s concept was that the structure would have an overlying element which was almost suspended in the air. This idea resulted in the Canopy: a monumental roof of 10,000 square metres. With its elegant architecture, the Canopy offers shelter from the sun and a breathtaking vantage point.

As Giovanni Botteon from Salini Impregilo explains: “Accepting the challenge of making the Canopy as Renzo Piano conceived of it was key to being awarded this project, which many considered impossible to carry out”.

The Solar Canopy indeed is a unique work of its kind. It was an architectural and engineering challenge requiring advanced design and involving extensive staff and expert companies, the Cavatorta Group, among them.

The Canopy weighs 3,500 tons and is supported by thirty slender steel columns. Its structure consists of:

The Cavatorta Group provided 195,000 square metres of welded mesh for the construction of the Solar Canopy. This involved 63 different types of cuts, developed and made to meet the specific needs of the project designers.

As Makis Siderakis (the Project Manager for the Canopy at JV Salini Impregilo – Terna) points out, one of the big problems faced while making the Canopy was constructing it in very small sections. These sections overall included 700 panels of 7 X 3.5 m each. Each panel also had a specific curvature and was unique, such that it could only be positioned at one pre-established point in the Canopy. It was like a sort of gigantic puzzle.

The inner armature of each section consists of eight different layers of highly resistant welded mesh. The structural features of the Canopy required manually assembling our metal nets for each panel. This work required high level craftsmanship, involved about 300 people over the course of six months and was a testament to the excellence of the workers and designers involved in the Canopy’s creation.

Going into more detail, the low-carbon welded mesh supplied by the Cavatorta Group for the Canopy was made of polished metal wire with elongation properties of 5% and an average strength of 500 newton per square millimetre. This represents a perfect balance point between the toughness and elasticity of the steel. These characteristics were essential to the project’s success. As for mesh sizes, the smallest was 10 x 10 mm, while the largest was 50 x 50 mm. Cavatorta designed a dense network of steel to best meet the client’s needs.

We are proud to have contributed to the realization of this grand project. We sincerely hope that the creation of the Centre will mark the beginning of a path toward rebirth for Greece.

Archetype: an oneiric and surprising work. Yet again, the metal netting protagonist of this work is signed by Cavatorta.

An ambitious project, a majestic and impressive structure, made of entirely of wire mesh. Our wire mesh.

Read more
Back to blog

A safety guarantee for people and environment
Discover more